Welding in a T-Shirt: What You Should Know 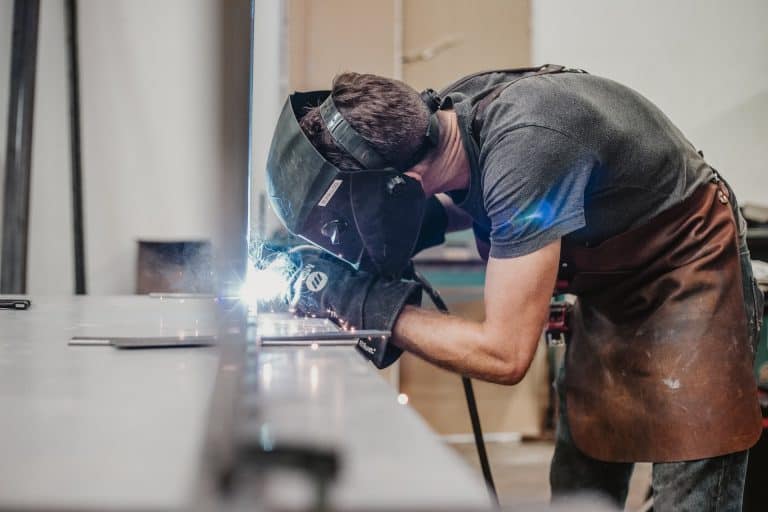 Some folks spend a lot of money getting a booth tan after work. You can get a tan while working as a welder. A great deal, indeed! At least until you have third-degree sunburns or skin cancer. Using bare skin while welding will help you prevent those unattractive tan lines (ouch).

In actuality, sunburns from welding are nothing to joke about. The majority of us are aware of the risks that UV radiation and our eyes pose. Additionally, since eye-related injuries are among the most frequent accidents, it is unquestionably a crucial topic. But frequently, we just discuss how those rays influence our eyes, omitting to mention how they also affect the rest of our body.

So, can you really weld in a T-shirt? Let’s talk about it. 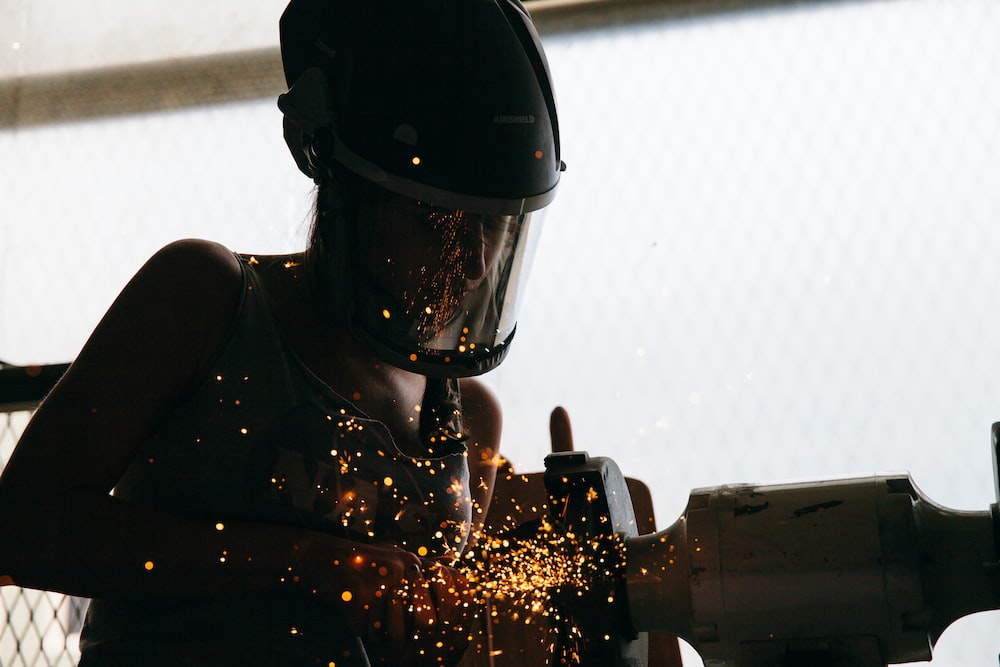 Welding in a T-Shirt, What you Should Know

When welding, we almost never consider how powerful the UV rays are. This is so because most safety gear is built to withstand more ultraviolet light than the average welder could possibly expose it to. However, each light wave has a strength, or more precisely, a range of wavelengths. Essentially the shorter the wavelength, the more that type of light will mess you up.

The majority of the time when welding, heat causes the light waves to shorten. It gets quite hot when you start welding when you strike an arc. Wavelengths become shorter as temperatures rise. Technically, you could burn hot enough to emit x-rays in addition to UV rays (but you’d need a very strong welder for this).

Obviously, by that time, you would have already burned to death before the x-rays could do any harm. So why is this important? It truly doesn’t for welding protection equipment. As we’ve already mentioned, the majority of equipment is UV-protective enough. What if we’re not referring to safety equipment? Would you consider anything like, say, a t-shirt?

Can you really weld in just a T-Shirt? No. Here’s Why.

If you don’t have the proper safety equipment, there are several dangers during welding that are worse than sunburns. But there are a lot of different viewpoints on UV protection. Some welders will claim that wearing a t-shirt to work every day for the past three decades hasn’t caused them any problems. Some welders will also tell you about a person who used a t-shirt to weld just once and passed away two months later.

Factors that can produce a Sunburn

Let’s examine what actually produces a sunburn to resolve this debate. The intensity of the beams comes first, as we have covered. This basically refers to how hot you are welding and how near your arc you are.

The duration of your exposure to the UV light source is another factor. Except when exposed to an atomic blast, most sunburns don’t develop right away. Sunburn develops over time as a result of your body’s ongoing exposure to UV rays reacting with an increasing number of its atoms.

UV rays must pass through your t-shirt for a long enough period of time to inflict enough damage for you to recognize it as a sunburn. Therefore, you might avoid being burnt if you just weld for a short time or use procedures that create less powerful UV radiation.

This explains in part why some welders can “get away” with wearing only a t-shirt while others suffer from excruciating sunburns (or even worse). 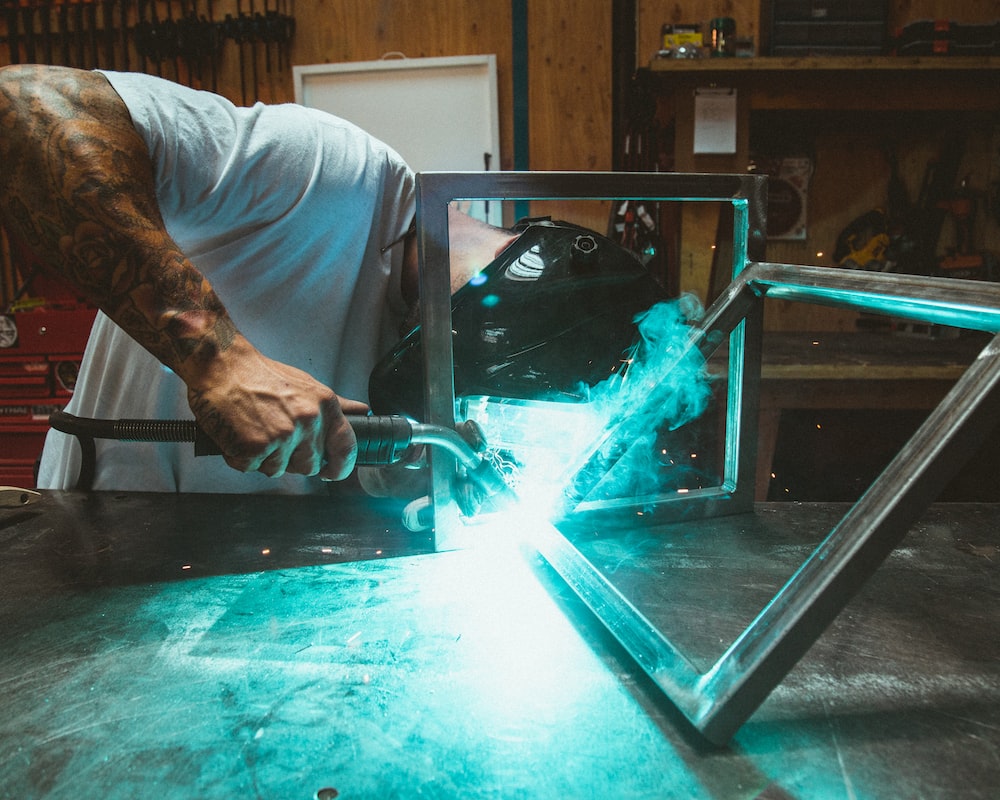 Thickness of T-Shirt and Color

Other elements include the thickness of the t-shirt and even its color. One of those paper-thin t-shirts you get for free at concerts is not the same as a hefty synthetic-fiber t-shirt. Finally, some individuals simply have skin that burns more quickly.

A t-shirt provides some protection, but it doesn’t offer much coverage. Your neckline and the exposed portions of your arms will still suffer sunburns.

Even worse than death can be skin cancer. Protective apparel is far less expensive than medical expenses.

Protective apparel, as we mentioned at the beginning, blocks more than just UV rays. Additionally, it protects against sparks and hot slag, which a t-shirt can’t withstand.

PrevPreviousCotton Shirts For Welding: What You Need to Know
NextLast Minute Christmas Gifts: Welding Projects You Can Do NowNext
Leave a Reply Cancel reply 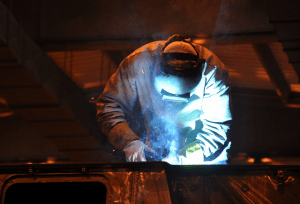 Benefits of Cotton While Welding

Since welding involves using heat to bond various metals together, it is important that you wear welding clothes material that is specific for the job, specifically welding PPE and 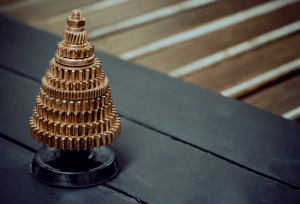 Last Minute Christmas Gifts: Welding Projects You Can Do Now

With only a few days till Christmas, it’s understandable to be in a rush to surprise your loved ones with thoughtful, long-lasting presents. Never forget that a lovely 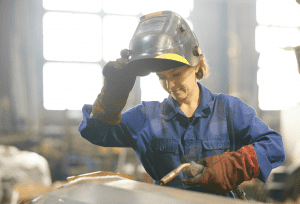 Cotton Shirts For Welding: What You Need to Know

There are different types of fabric used when we talk about welding clothing. There are some made out of leather, wool, and denim while some are made out